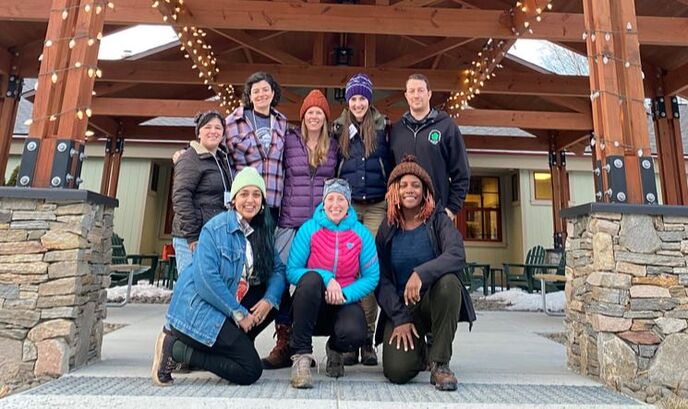 NYSOEA Board of Directors 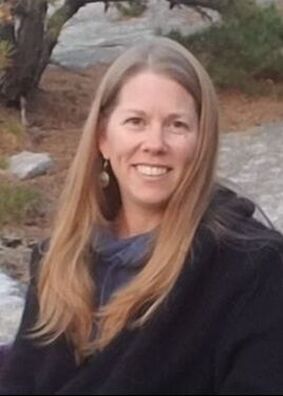 Rebecca Houser, President
president@nysoea.org
​Rebecca Houser (She/Her) has been the Education and Outreach Specialist with the NYS Department Environmental Conservation’s Hudson River Estuary Program since 2002, working with schools and communities to enhance understanding of the Hudson River. She holds a B.S. from SUNY Environmental Science and Forestry, a Master of Arts in Education from Adams State University and is STEM certified through Teachers College, Columbia University. Rebecca takes pride in her work to connect students to the Hudson through place-based learning. Rebecca joined NYSOEA in 2002, and fell in love with the people and organization who inspires life-long learning about the outdoors. She has served on the board as Eastern Region Rep and VP of Programs, co-chaired the 2009, 2011, and 2015 conference and received the Outdoor Educator Award in 2013. Rebecca enjoys her free time outdoors exploring and hiking with her kids, kayaking, swimming and gardening. 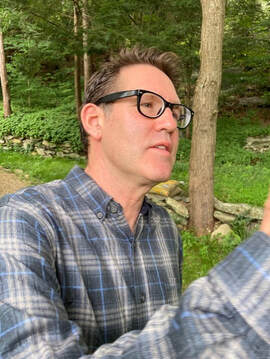 Kevin Wickersham, VP Administration
vp_administration@nysoea.org
Kevin Wickersham (He/Him) a Hudson Valley resident, is the Executive Director and Founder of Hudson Center for Community and Environment, a non-profit 501(c)(3) organization promoting environmental justice and environmental stewardship by investing in the well-being of Hudson Valley and associated communities through education, action, and advocacy. In addition to serving on NYSOEA's Equity, Access, and Inclusion Committee, and NAAEE's Affiliate Network Working Group, Kevin has served as a high school and middle school principal, dean, and teacher of language arts and environmental education in a variety of public and private schools over the past 25 years. He has earned a Ph.D. from the University of Texas at Austin’s Educational Leadership and Policy Department with an emphasis on Environmental Education, and an MA in Educational Leadership from Columbia University’s Teachers College. 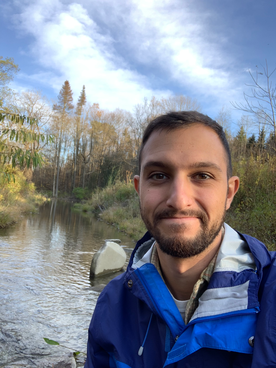 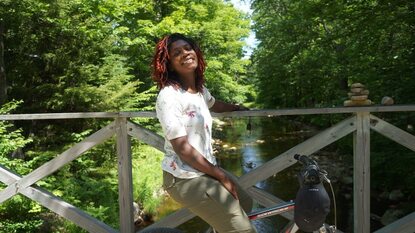 Ashawna Abbott
VP of Human Resources
vp_human_resources@nysoea.org
Ashawna Abbott (She/They) is the Education Outreach Coordinator for Mohonk Preserve. Her favorite part of her job is facilitating school programs in classrooms and at the preserve and collecting pond creatures for education programs. Ashawna earned their Bachelor of Science in Therapeutic Recreation from Ithaca College in 2017. She loves exploring ways to incorporate art, mindfulness, and other therapeutic modalities into environmental education programming. In their free time, Ashawna enjoys birdwatching and hiking in the Hudson Valley. 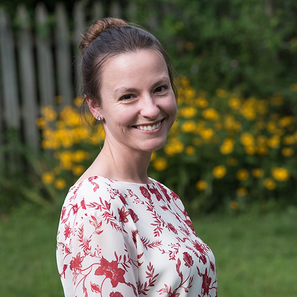 Emily Marcet, VP of Programs
​vp_programs@nysoea.org
Emily Marcet (She/Her) is an independent interpretive planner serving conservation and nature organizations. With twelve years of experience as a front-line environmental educator, she brings her expertise of visitor experience, interactive teaching methods, and place-based learning to her work as the owner of Wolf Tree Design, which provides planning, graphic design, and exhibit consulting services. She director of programs for the Hudson Highlands Nature Museum, overseeing the education programs. 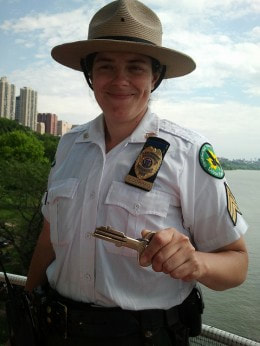 Sunny Corrao, Secretary
secretary@nysoea.org
​Sunny Corrao (She/Her) joined as a member in 2010, after learning about NYSOEA through her graduate degree program at NYU. She saw a call to volunteer at an outreach event and was quickly recruited to join committees and serve on the board. Originally from Nevada, she grew up loving the heat and vast mountains of the western deserts. As long as she can remember, her personal goals and daily life have been centered around wildlife, sustainability, and energy conservation. She has worked for NYC Parks since 2006. First as an Urban Park Ranger and currently as the Public Engagement Associate for NYC Parks' Wildlife Unit. 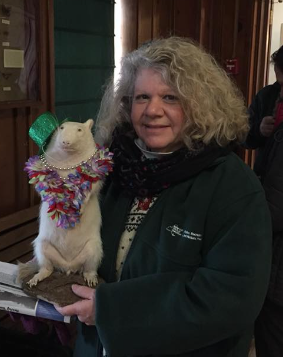 Carol Rogers, Treasurer
treasurer@nysoea.org
Carol Rogers (She/Her) has truly enjoyed and treasures her many years as an Environmental Educator and her love for the outdoors! After graduating with an AAS degree in Natural Resources Conservation from Finger Lakes Community College, she took her first position with Cornell University at the Geneva Experiment Station in the Plant Introduction Department and worked as a lab technician. A family move to Long Island led to the beginning of her “dream” career as a naturalist with Nassau Co. BOCES. It was then she first heard about NYSOEA from the staff. She recently retired from NYS Parks, as their Environmental Educator for the Niagara Region Interpretive Programs Office. 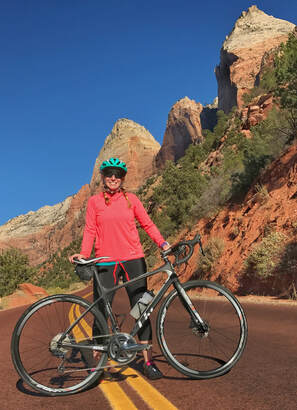 Anna Harrod, Eastern Region Director
eastern_region@nysoea.org
Eastern Region Counties: Albany, Columbia, Delaware, Dutchess, Fulton, Greene, Montgomery, Orange, Otsego, Rensselaer, Rockland, Saratoga, Schenectady, Schoharie, Sullivan, Ulster, Washington
​
Anna Harrod (She/Her) is the 4-H Natural Resources Educator for Cornell Cooperative Extension of Columbia and Greene Counties. She was inspired at a young age to pursue the environmental sciences when she attended the DEC camps as a camper and then a volunteer. Earning her BS in Environmental Studies and Geology from St. Lawrence University (with a minor in theater!) she began her outdoor education career as an intern at the San Mateo Outdoor School in La Honda, CA. She returned to New York and worked seasonally at several outdoor schools including the Ashokan Center and the Taconic Outdoor Education Center returning to the DEC camps each summer as a counselor and then director. After working as an educator at the Mohonk Preserve for 6 years she moved into her current position as a 4-H educator in late 2019. When not teaching people how to use a compass or identify aquatic invertebrates, Anna can be found running, hiking, and biking throughout the Hudson Valley and Catskills. 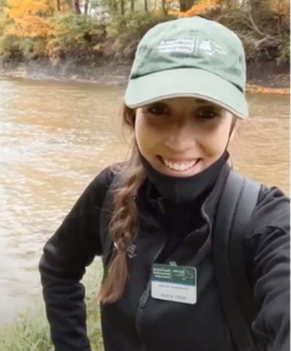 Mary Ronan, Western Region
western_region@nysoea.org
Western Region Counties: Allegany, Cattaraugus, Chautauqua, Erie, Genesee, Livingston, Monroe, Niagara, Ontario, Orleans, Steuben, Wayne, Wyoming
​Mary Ronan (She/Her) is an Environmental Educator for the NYSDEC at Reinstein Woods Environmental Education Center in Depew, NY. She loves the variability in her work days, splitting time between leading professional development workshops, school programs in classrooms and at the preserve, and promoting local nature exploration in afterschool Discover Your Neighborhood adventures. She is the coordinator for the “Day in the Life of the Niagara River/Lake Erie Watershed” program which allows her to share her passion for the Great Lakes and freshwater ecosystems. Mary spends much of her free time snorkeling in local creeks searching for macroinvertebrates and creating artwork based on her adventures. 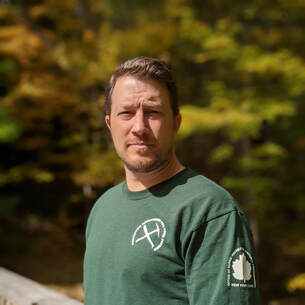 Josh Teeter (He/Him), Central Region Director
central_region@nysoea.org
Central Region Counties: Broome, Cayuga, Chemung, Chenango, Cortland, Madison, Onondaga, Seneca, Schuyler, Tioga, Tompkins, Yates
​Josh Teeter (He/Him) works for New York State Office of Parks, Recreation and Historic Preservation as the Environmental Educator for the Finger Lakes Region. He received his undergraduate degree from Binghamton University 1999 and earned his masters degree in recreation management at SUNY Cortland in 2009. The ten years between those degrees were spent inadvertently preparing him for his current position. In 2003, during a year-long primitive and survival skills course at Wilderness Awareness School in Duvall Washington, he realized that he wanted to share things that might help connect people to their surrounding and feel comfortable being outside (while being outside himself). Today, he continues to attend conferences, trainings, lectures, webinars and has to fight the urge to constantly look things up. Very few days pass in his life without lots of laughter, a hike or a trail run. 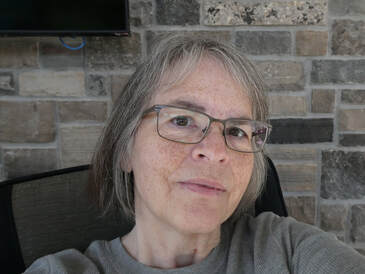 Linda Besio, Northern Region Director
​northern_region@nysoea.org
​Northern Region Counties: Clinton, Essex, Franklin, Hamilton, Herkimer, Jefferson, Lewis, Oneida, Oswego, St. Lawrence, Warren
Linda Besio (She/Her) was born and raised in the North Country and is part of a large family of 9 brothers and sisters. She graduated from SUNY Potsdam with a degree in Biology and began working for NYS Parks in 1998 as part of the Robert Moses State Park Nature Center. A fire in 2010 destroyed the building housing the original nature center, and in 2011 the Friends of the Robert Moses State Park Nature Center Inc took over the daily operation of the nature center. 2017 saw the opening of a brand new building and in 2019 marked 21 years Linda has been part of this transformation. Linda loves working with the school children and the animals of the nature center, her favorite being Leonard the Wood Turtle. She hopes to continue on as part of this wonderful place for as long as possible. 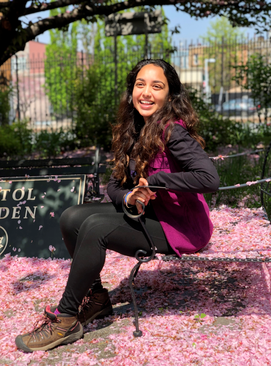 Shinara Sunderlal (She/Her) is the Education Program Coordinator for the Billion Oyster Project in NYC. She is extremely passionate about connecting younger generations with nature to foster environmental sensitivity. Shinara started teaching in New Delhi, India, where she grew up and then moved to Los Angeles, CA where she pursued a BA in Environmental Policy and Biology. She co-founded an environmental outreach program for underserved youth in the area and then moved to New York to follow her heart rooted in education. She completed her MA in Environmental Conservation Education from NYU in 2018 and worked with Brooklyn Bridge Park Conservancy along with a public school during the masters program. During her time off from work, you can find her outdoors with her binoculars looking for inspiration to keep singing her Indian classical art or probably doing yoga at her favorite studio in Brooklyn. 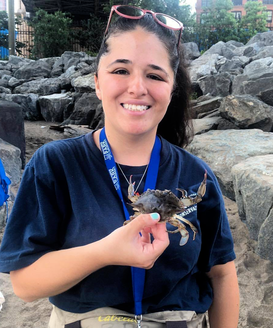 Christina Tobitsch (She/Her) is the Lead Educator and Curriculum Development Specialist at Brooklyn Bridge Park Conservancy. She holds a B.S. in Environmental Science from the University of Connecticut and a Master’s in Environmental Conservation Education from NYU. Christina grew up in the Hudson Valley, and has held several great educator positions up and down the Hudson River that helped her discover and hone her passions for estuary education, early childhood programming, and exhibit/curriculum design. Christina has many creative side hobbies, including dance and playing the clarinet. She loves incorporating music and the arts into EE programming! 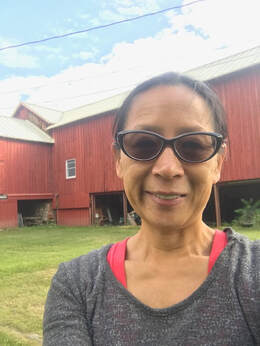 Lily Ropes, NYSOEA Office Manager
​nysoea@gmail.com
Lily Ropes (She/Her) is a longtime resident of the Hudson Valley who appreciates the beauty and the outdoor activities that the area has to offer. Lily comes to us most recently from the Institute of Culinary Education in NYC, where she served as the Director of Marketing. Prior to that, she worked at The Culinary Institute for America for 20 years in Marketing and Administrative roles. She will be based out of the Stony Kill Foundation office in Wappingers Falls, NY where she is also the Office Manager. Among her reasons for applying to this dual position were a desire to live walking distance to work, and to find a greater work-life balance at an organization that shares her values.